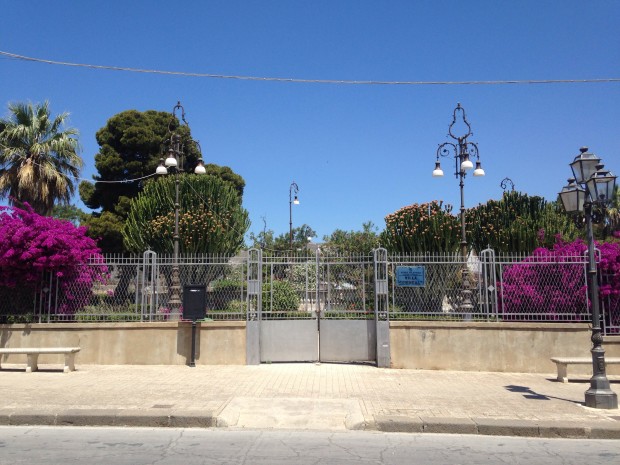 Known by locals as “Villa” is a public park in the northern part of the Town in Avola. It was built at the beginning of the last century next to Avola railway station. The park is made by several Mediterranean species. A beautiful loggia in the center used in the past for “dancing” evenings. People used to organize this here especially when the weather become warm. From here and from the station you can see the symmetry of the town of Avola, a straight line from here until the sea, cutting the town and its hexagonal center into two.