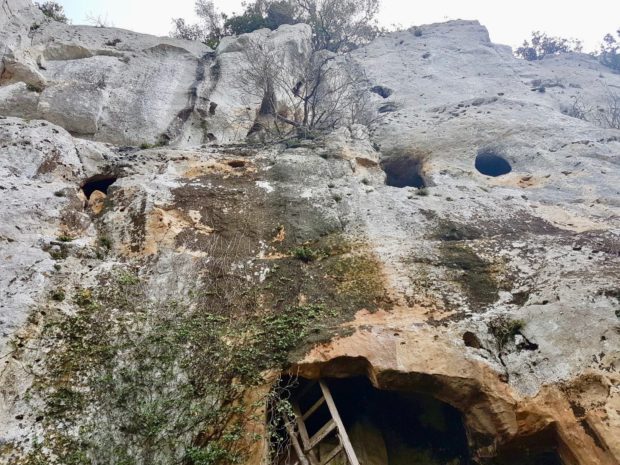 The Ddieri di Baulì are incredible cave dwellings created by man. The history of it is intimately connected to the history of this area.
We are in the area of Bauli, where at the moment it is still partially visible what in past times was the heart of the forest of the Iblei mountains. It can be reached from the SP24 Noto-Palazzolo passing Testa dell’Acqua continuing towards Rigolizia, small mountain villages in the territory of Noto. The area of Baulì can also be reached from the Mare Monti or the SS287.

The name Ddieri come from the Arabic diar which means home. They are located inside the rocks on the side of the limestone, typical rocks in this area.  They are also present in other areas, on Cava Grande del Cassibile, for example, there are others. Here there are mainly two.

The History of this site

The origin of these cave dwellings dates back to the Byzantine period, the Saracen raids destroyed the old Greek city of AKRAI, today called Palazzolo Acreide, forcing the population to flee and hide. So the groups of people began to create micro-villages that had the characteristics of housing but also respond to the need for hiding.

This is the origin of these incredible cave dwellings. Excavated entirely in the soft limestone rock, these have all the characteristics of a normal house on several levels, stairs and tunnels lead to the upper floors where real rooms, all carved on the rock, were used for different functions.

They were used in Middle Age, for a lot of years they stayed empty but again they are used by people during another crucial time in the history of Sicily. During the national unification process, more people which didn’t agree on this sort of revolution and used the Canyon to stay hidden searching to fight against this newly established system.

These People was called Briganti especially by the enemies, it means Bandit and there is a Cave called Grotta dei Briganti in the Canyon of Cavagrande 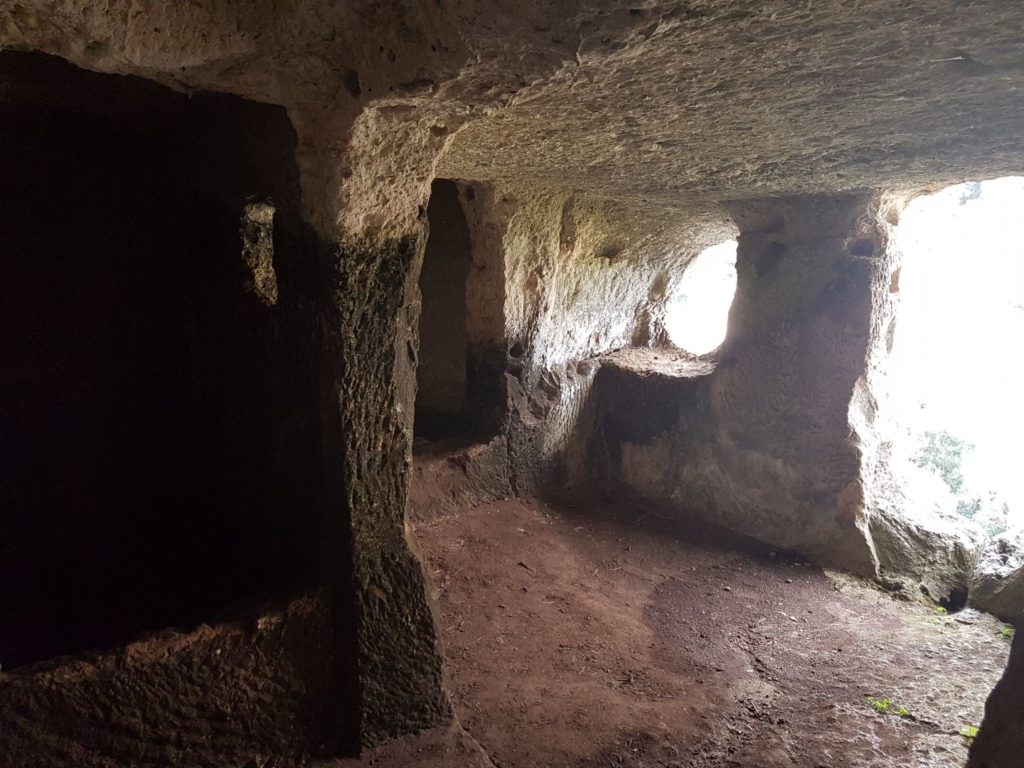 Precautions to visit the Dieri of Baulì

Not so easy to find, the best way to visit this incredible place is to have a look in our APP under the category ACTIVITY, you will find local natural guides able to show you the way to arrive directly.