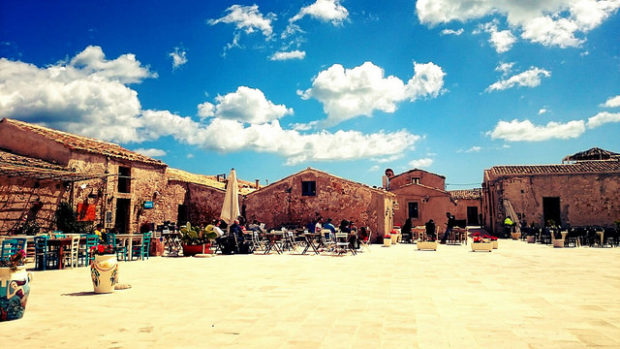 By EloroDistrict Sicily Staff · On 4 March 2018

The little fishing village of Marzamemi dates back to the Arabian domination of Sicily in the 10th century. In 1630, Principe di Villadorata purchased Marzamemi and brought it under Noto’s expanding nobility. For years Marzamemi has remained a small fishing village, with tuna the main catch. In recent years, however, Marzamemi has developed around tourism and has become a year-round destination for nightlife.
One of the main attractions is the International Short Film Festival in July, during which films are projected al fresco directly on the walls surrounding the main piazza and old Tonnara, or tuna processing plant.