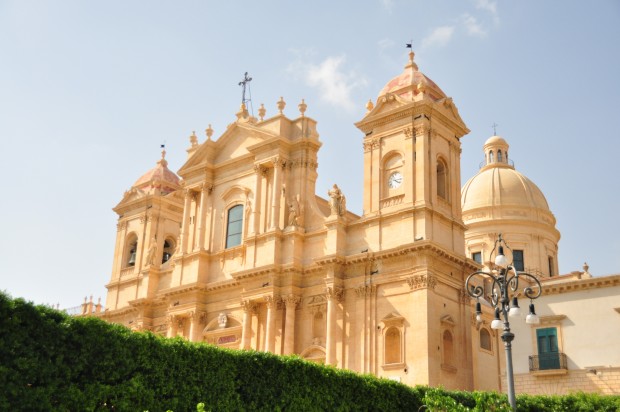 By EloroDistrict Sicily Staff · On 4 November 2015

Neas, Neaton, Netum, Noto is the capital of Baroque. Its history is marked by the earthquake of 1693. The old Noto on Mount Alveria was destroyed entirely in one night by this so citizens decided to build a new town further down on the hill Meti. 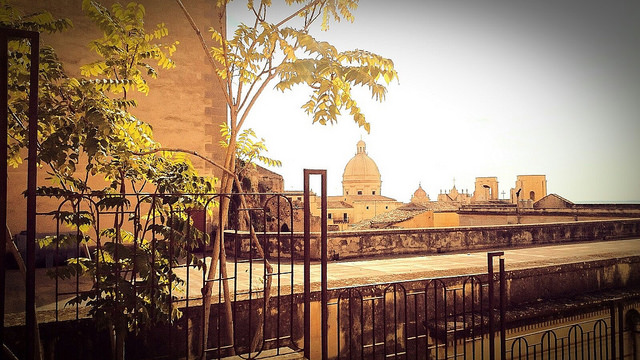 The city was rebuilt according to the canons of a late Baroque. Here in Noto this was expressed in all its warmth and spectacular forms. The town covers three levels of the hill; palaces, churches, streets, balconies, capitals, terraces and squares make this little town “The Garden of Stone”, the definition used by Cesare Brandi. Currently Noto is a Sicilian town of 23,834 inhabitants in the province of Siracusa in Sicily and in 2002 was declared by UNESCO “World Heritage Site.

Territory 550.86 km², the municipality of Noto employs more than a quarter of the province of Syracuse and it is the largest municipality of Sicily and the fourth of Italy. The territory, watered by four rivers: the Tellaro, the Asinaro, the Cassibile, the Gioi is, for the most part hilly, characterized mainly by the Mediterranean, olive groves, from the almond orchards, the orange groves, and vineyards. For visit is you can use: