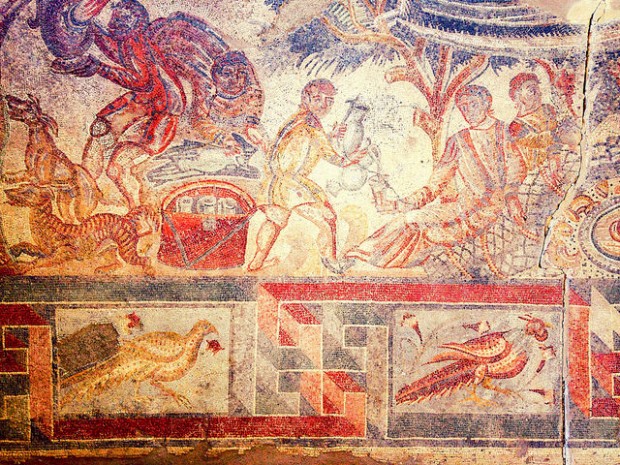 Villa Romana is on the Provincial Street SP19 from Noto to Pachino. It dates back to the IV century A.D. The owners were a rich important Roman Family. It has unique mosaics that are very impressive. Their style is considered more representative of that Age than the others on Piazza Armerina Roman Villa close to Enna. Between 1700 and 1800, a “Masseria” was built on the ruins of Roman Villas, a typical Sicilian farm. The farm building, or Masseria, was built symathetically to respect the Villa’s ruins and of course, the mosaics that were preserved there. In the contemporary restoration work, it was possible to maintain the ruins of the Villa within the Masseria and today it is possible to visit both.

The mosaics, the most attractive part of the Villa, show typical life scenes from Roman Age: hunting scenes, scenes of daily life , banquets, works and scenes from the Iliad, in particular the ransom of Hector’s body with the figures of Ulysses, Achilles, Diomedes and the Trojans . 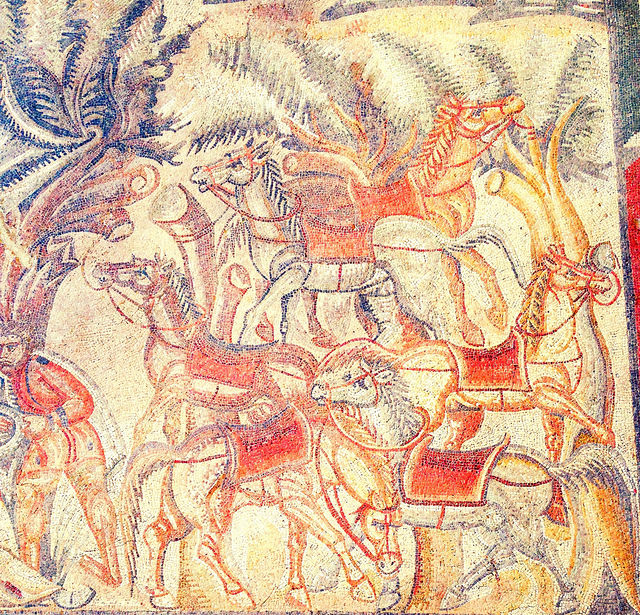 In the centre of the mosaic a larger scale is depicted with two outstretched arms holding two plates: the one on the left holding the ransom gold, the one on the right with the body of Hector. Interestingly this dramatic event in the XXIV ° book of the Aeneid does not appear in this form. However, it was shown in the “Phrygian” by Aeschylus, now lost, which is a tragedy, so it can be assumed that it was copied from same. This mosaic has all the evocative power of the solemn event narrated 15 centuries before the Homeric poem where Achilles obeys the order of Teti ” Hector ‘s body is returned to his parents to collect the ransom. ” (Iliad XXIV , 360 ) . 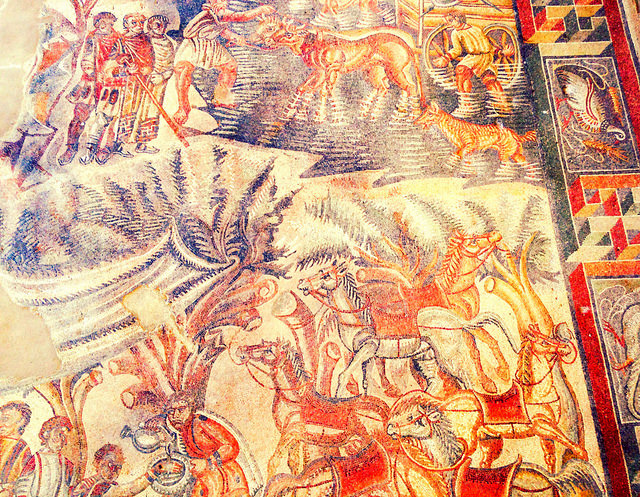 Generally, all the mosaics of the Villa Tellaro are due to workers working in large centres of North Africa between the III and the IV sec.d.C .: polychrome , decorative elements , the movement of the ever-living scenes . We cannot undervalue the Roman figurative component that we find in the figures from the imperial iconography banqueters reporting between 337 and 360 A.D. and representations of the Arch of Constantine.